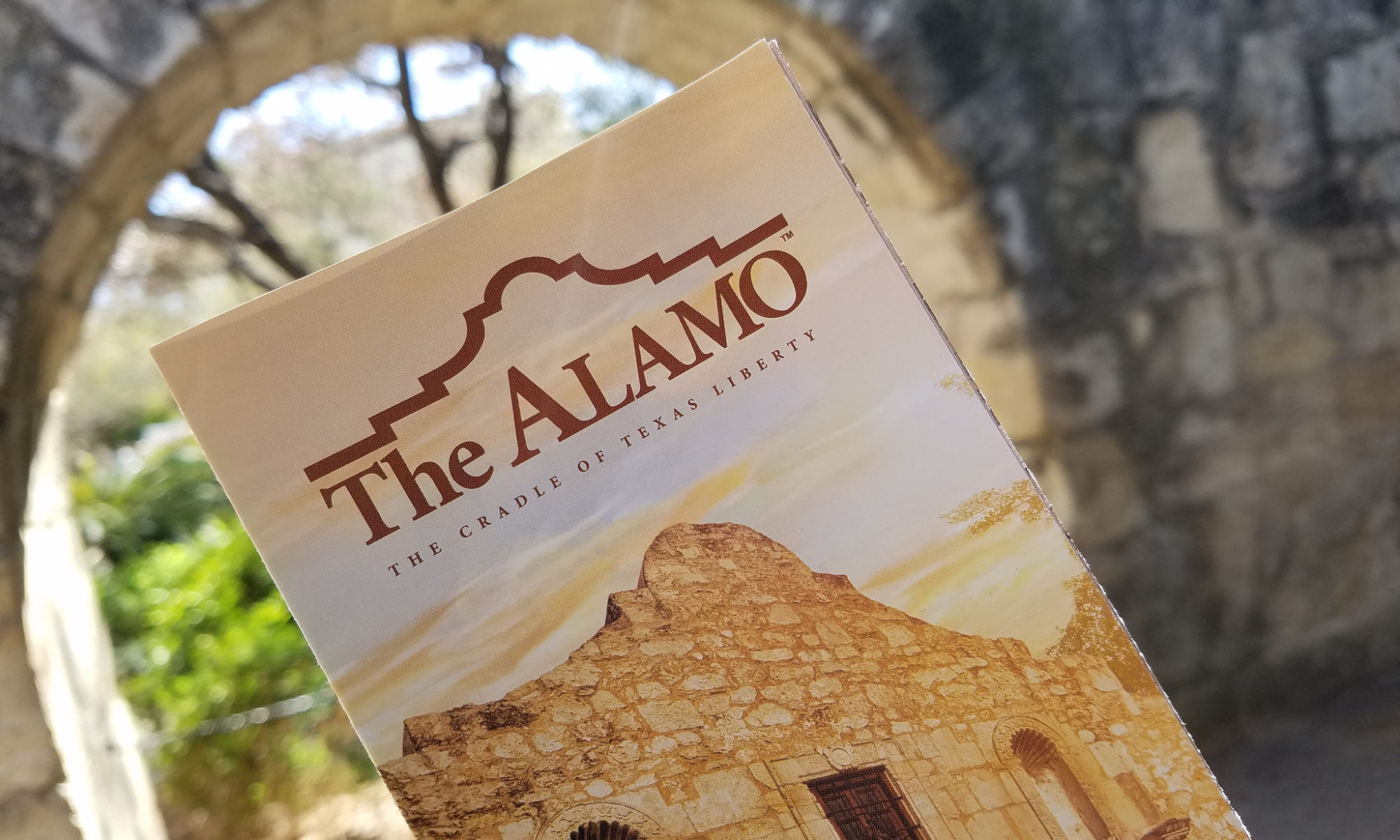 We’re back from our cruise! and hanging out in San Antonio a little longer, waiting for our replacement camera to arrive.

Yeah… we lost the camera. So, hope you don’t mind lower resolution pictures for a little bit.

While we wait, let’s check out a few of the sites!

Today we’re going to explore the famously known Alamo, as well as some of the other lesser known missions.

Built by Spain in 1718, the Alamo was originally known as Mision San Antonio del Valero.

The compound was eventually abandoned, then operated as a military fort before becoming more famously known as the Alamo and for the Battle of The Alamo.

The site itself is fairly small, nestled within San Antonio’s downtown.

To make matters worse…. they used urine to whiten their teeth! 🤮

Behind the scenes, we discover evidence of former Alamo cats! 🐱

No photos are allowed inside the buildings, so our pictures are limited to outdoors.

Here we are with the 6 flags of Texas!

The Missions of San Antonio

Mission Nuestra Señora de la Purísima Concepción de Acuña, built by the Spanish in 1731, is home to the first major battle of the Texas Revolution (a war which ultimately lead to the United States acquiring territory included in the states of Texas, New Mexico, California, Nevada, Utah, Colorado, and Arizona).

The mission still serves as an active church, being used to this day.

The average height from this era is roughly 5.5 feet!

Mission San José y San Miguel de Aguayo was founded in 1720 to compensate for the overcrowding at the surrounding missions.

The site looks to be very much intact with many of its original structures.

This mission is also actively used as a church

Established in 1690, Mission San Francisco de la Espada is the oldest of the four missions.

trying to establish a foothold, Spain built all of these missions to spread their religion and influence to the native population.

Remains of the original church are here:

Inside the gift shop is a board for visitors to leave their mark.

We wonder who else from our area visited here!?!

Our final mission visit is to Mission San Juan Capistrano.

Originally christened in 1716 as La Misión San José de los Nazonis in East Texas, it was moved in 1731 by Spanish Catholics to the eastern backs of the San Antonio River.