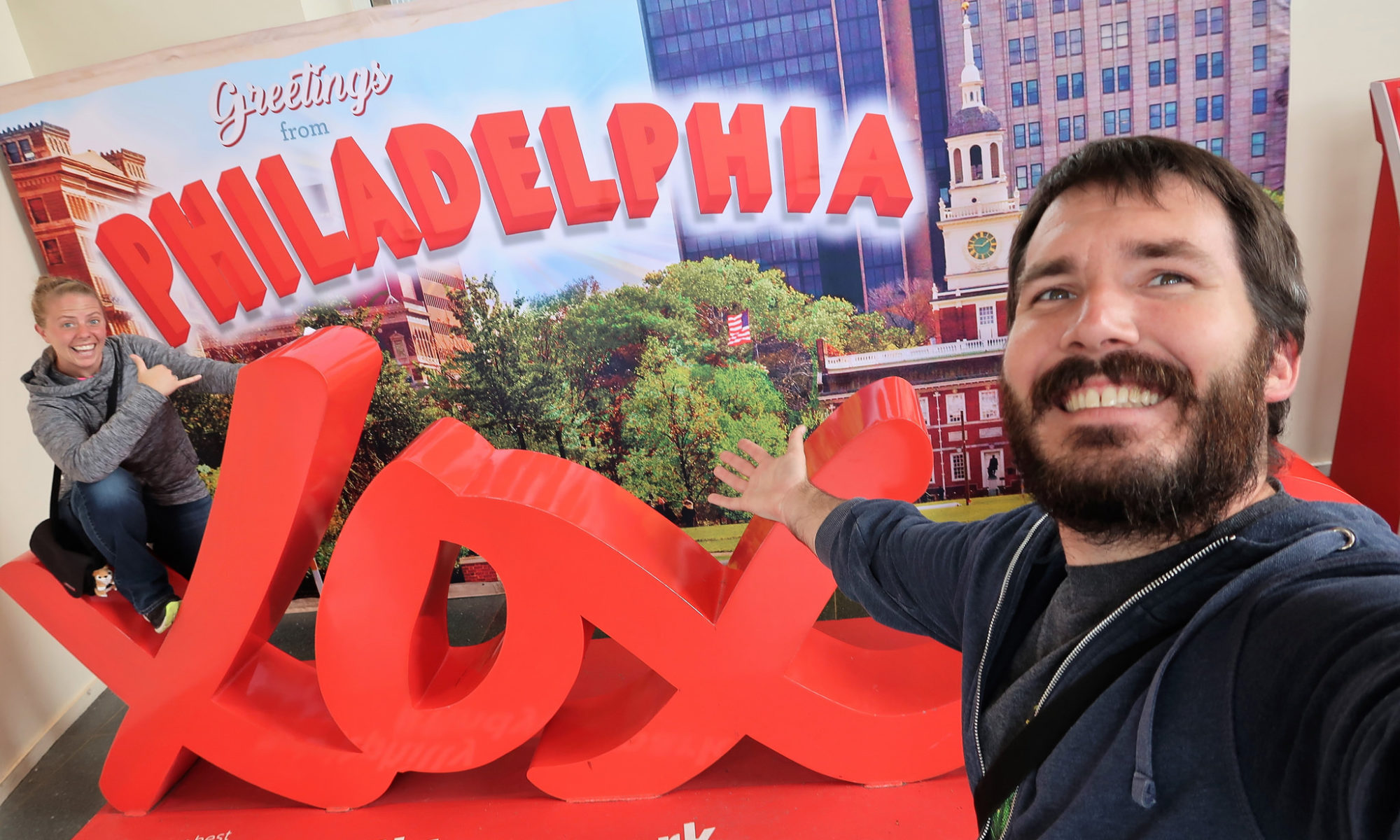 The first thing we do it grab some lunch, and of course that means…

Later, we cruise on over to where else but…

Inside we get to see a small museum as well as the production floor, where coins are minted and inspected for release!

No photos are allowed inside… for probably obvious reasons?

Of course you can’t produce the money without the guidance of our beloved Federal Reserve!!

Across the street from the mint is none other than…

With his belief of “A penny saved is a penny earned”, it’s surprising to see so many pennies carelessly tossed onto his tomb!

I wonder what he would have to say about that!

And how many came from this US Mint building…

Liberty Bell And Other Trinkets

It’s pretty sweet how close everything is to each other in this part of town.
Just across the way are a few other neat items.

The foundation of the original White House! — That is, the home of George Washington while he served as president and while Philadelphia was the nation’s capital.

Independence Hall — The signing place for both The U.S. Declaration of Independence and the U.S. Constitution.

Then of course, the Liberty Bell!

No trip to Philly is complete without a visit to the famous steps of the Philadelphia Museum of Art!!

Despite all the neat things to see here, we’re a little disappointed with the city itself.
People seem a little rude; several times we’ve been honked at driving, something that surprisingly hadn’t happened to us yet.
But not only that, the area just feels dirty and the traffic very congested.
Also, a new soda tax made it so our cheesesteak location can no longer afford to offer free refills on their fountain drinks!

Maybe we need to give it another chance someday, but we find it hard to ever want to live here!