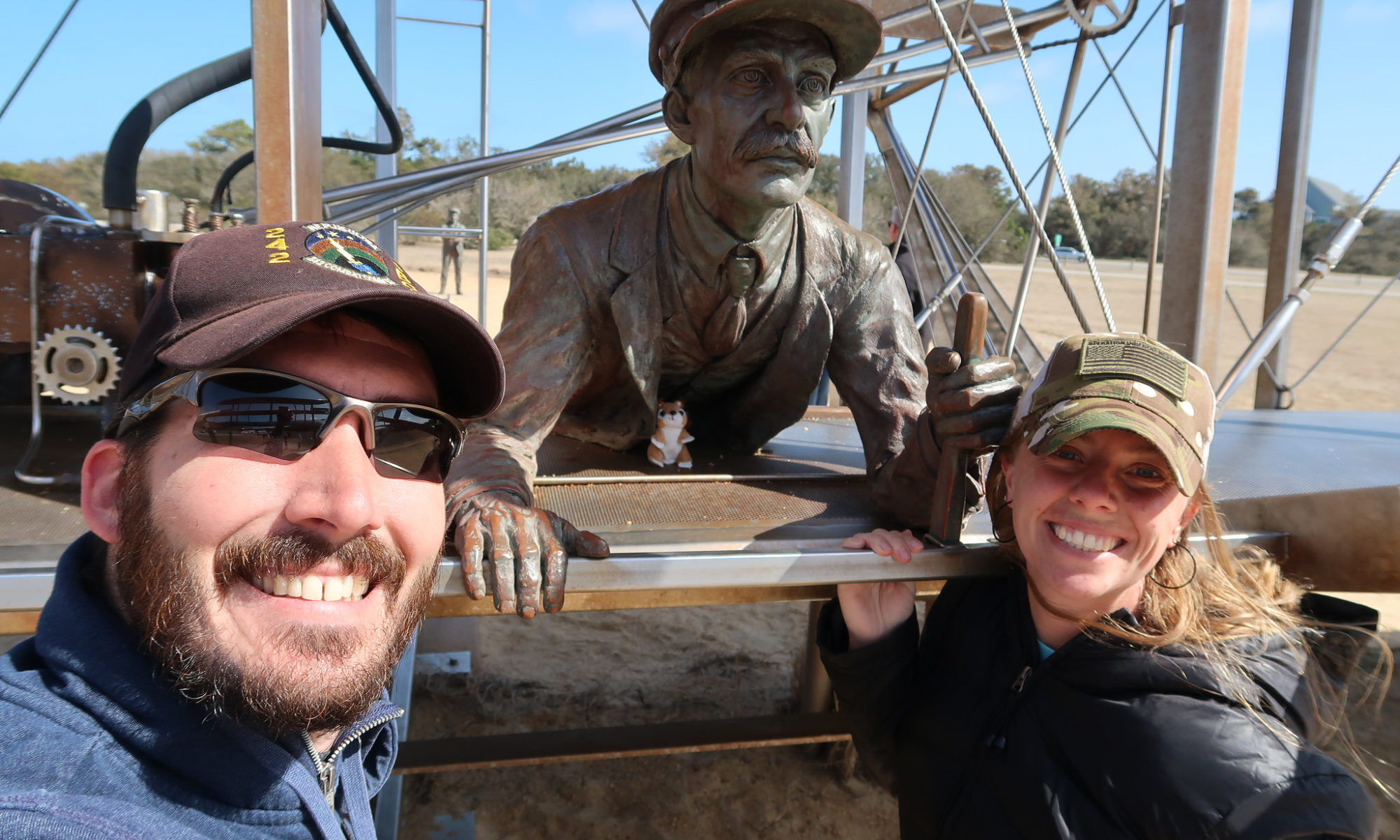 Getting Around The Park

The monument is fairly spread out and can require a fair bit of walking.

Alternatively, there are roads connecting the major parts of the park.

When we arrive the main visitors center is under construction.

So we won’t be spending much time in there…

The First stop for us is the hanger!

These buildings aren’t original, but a reconstruction of the 1903 hanger and workshop.

The workshop contains items similar to those the Wrights would use.

This stone marks the point of lift, the first flight.

Stones further down mark the distance of each of the four flights that day.

Orville flys 12 seconds and 120 feet and lands at this point.

Flight two!
Next up, Wilbur!

Not too shabby! Still 12 seconds, but he gets a little further at 175 feet.

Flight Three!
Orville takes another shot at it.

Even further!!
15 seconds and 200 feet, these guys are getting better!

Flight Four!
Maybe Wilbur can make something out of this last attempt.

That’s quite the flight.

Adjacent to the monument is an airfield where flight is born over and over.

Atop of Kill Devil Hill is the Wright Brothers Monument.

We especially like the wings engraved into the sides.

The monuments height presents a nice view of the first flight field and the Atlantic Ocean.

Down the other side of the hill is the First Flight Sculpture.

This sculpture depicts the events of Orville piloting the first powered flight!

He’s doing a good job in there.