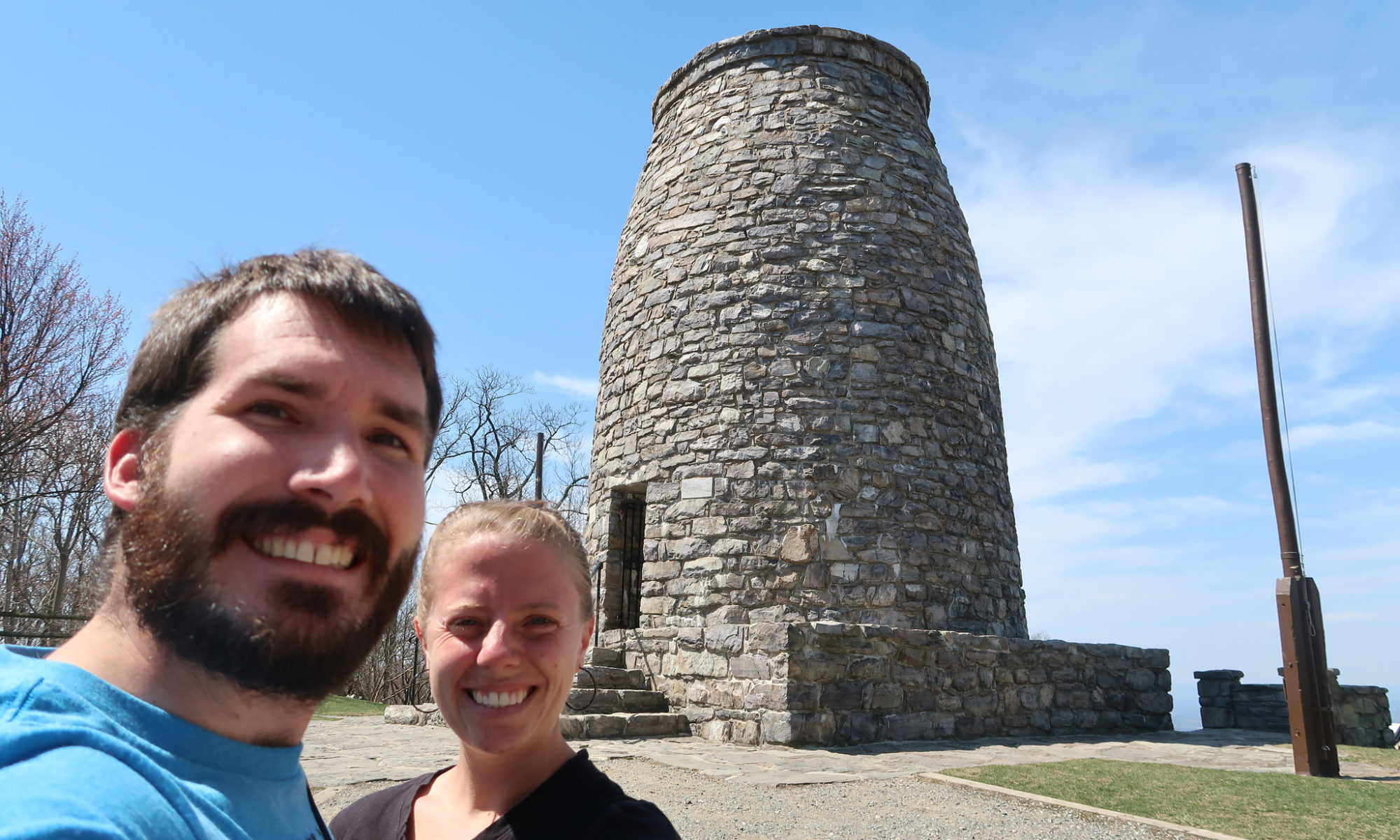 When you hear about the Washington Monument, you probably think of the obelisk located in Washington DC.
While that monument is pretty remarkable, it’s actually not the first monument dedicated to George Washington.

Located in Middletown, Maryland, upon a hill lies the first Washington Monument built by the citizens of Boonsboro.

Just a short drive off the road is the Washington Monument State Park.

It is here that the citizens of Boonsboro march behind a flag to begin building a memorable tower preserving the memory of George Washington.

After parking the van, we take the short 10 minute hike up to where the monument is placed.

We can see for miles attop the hill where the memorial is located.

The Washington Monument just happens to be along the Appalachian Trail as well.

Arriving at the top of the hill, we can see a hiker taking a break from his journey.

After walking around and checking out the views from the ground,

we decide to head into the monument to see the views from the top.

Time to go inside!

The entrance to the monument has a gate for closing the location at nightfall. It’s open for us now though!

Once on top, we can see not only the views, but descriptions of what we are looking at.

It has pictures of the birds that we might catch a glimpse of from the top if we’re lucky.

We don’t see any birds at this time, just trees and rolling hillsides.

While up here, we’re able to enjoy views of 4 different states!

After a few moments of admiration attop the monument, we decide it’s time to head back down.

We head down the steep spiral stairs……

… to get one last glance of the milk bottle shaped monument dedicated to our first President, George Washington.

Along the trail is a little covered picnic area cleverly named Mount Vernon.

While there isn’t much to see at this monument, it is a unique tribute to such an influential founding father of our great country.