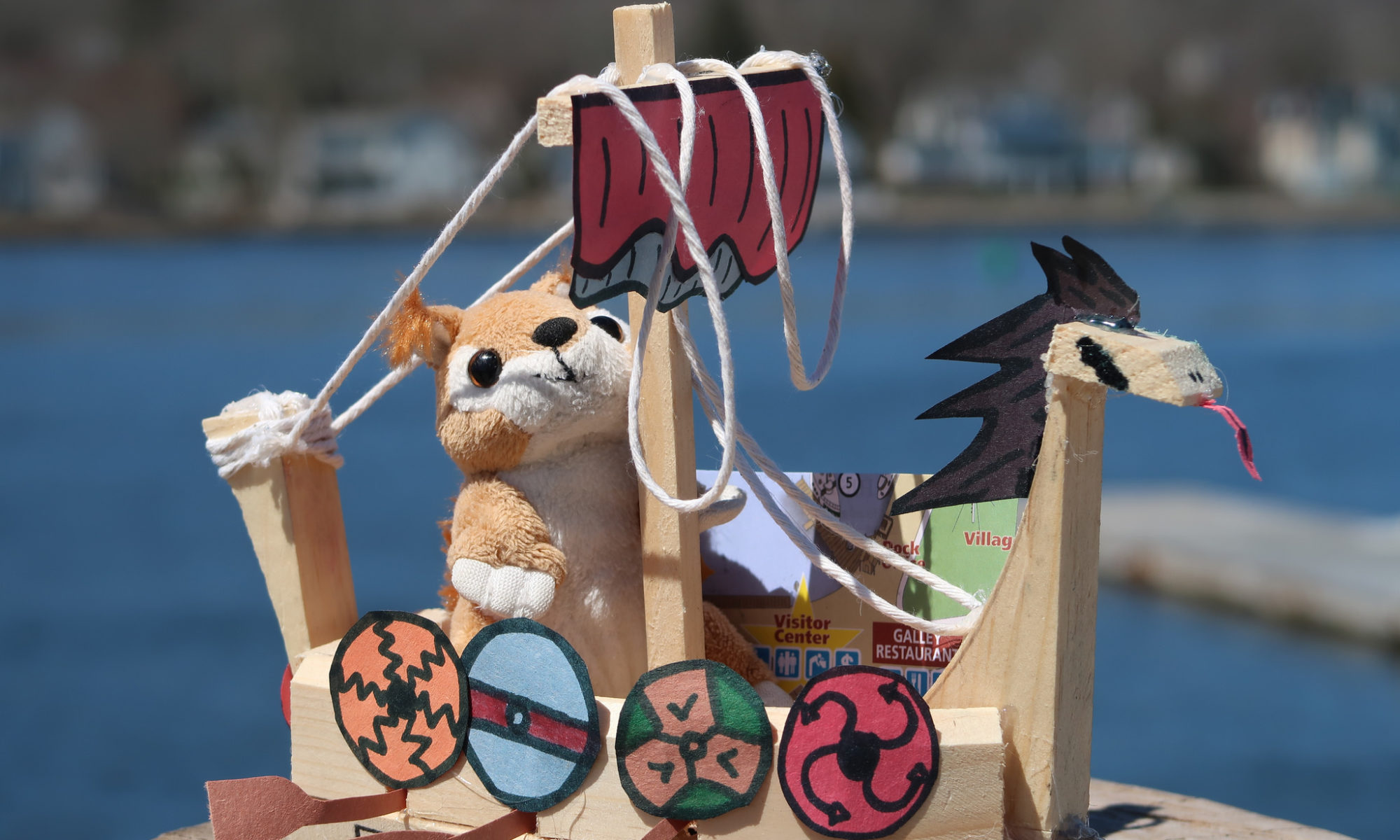 Founded in 1929, the Mystic Seaport was created to preserve the artifacts and culture of seafaring. This 19 acre museum does a spectacular job of recreating a coastal village equipped with a working shipyard, and state of the art storage facilities.

Exploring the largest maritime museum, we will have the opportunity to see first hand what it was like to live and work in a seaport so long ago.

We are excited for our adventure today exploring the waterfront in Connecticut.

Upon looking at the exterior of the building, we are finding it hard to believe this could be the world’s largest maritime museum.

It’s not until we see a map of the grounds that we see how they can stand by their claim.

We sure have our day cut out for us!

As we enter the museum, we see they have this weird looking mound thing….

… and a group of people walking around with virtual reality type glasses.

This is intriguing and want to find out more!!

After talking to the employees, we are instructed to watch a quick clip about Pingos.

What is a Pingo anyway?

A quick definition is:
A mound of ice that takes centuries to form. These mounds form in the highest latitudes in the Arctic and eventually collapse, creating pockmarks across the tundra.

Now that we’re educated about what a pingo is, it’s finally time for us to test this state of the art technology!

Using the special glasses, we’re able to see holographic representations of the lifecycle of a pingo.

The holographic images are actually projected into the real environment. We can see everything that’s around us (makes not running into walls easy ;)) except with the bonus of holographic projects displayed on the ground all around us!

Back to reality, we decide to head outside to take a look at the rest of the grounds.

Passing by this old viking ship, we’re pretty excited what else they have for us to see.

As we walk, we keep hearing people hoopin‘ and hollerin‘…..

… Maybe it’s the ghosts that once sailed the ship before us….

Looking a little closer we see where the sound is really coming from….

There’s a demonstration of how they set the sail!

We’re gonna climb aboard and take a closer look.

It once served as a successful whaling ship, which first launched in 1841. 🐋

After talking to one of the attendants on the ship we learn that contrary to what we see in movies, the ship’s Captain is not the one steering the ship with this wheel.

Below the deck we are first guided through the Captain’s living quarters.

This area was used more as an office….

…while he slept in this portion.

Below the deck, they are provided this light bearing skylight.

This ship would travel with a crew of about 35 people for years on end.

Pretty tight living quarters for most of the sailors aboard this ship!

This next area was used for storing the whale they had dissected previously above.

It’s amazing to learn that this ship traveled on 37 voyages throughout its career.

The Morgan survived crushing ice in the Arctic, hostile natives, countless storms, the Cape Horn, and even a hurricane in 1938.

Roaming every corner of the globe, the Morgan had an 80 year whaling career!

Back to land we go!

As we’re walking along, enjoying our time in the seaport village, we see a sign we cannot refuse!

Build your own ship!!!

No, this next one is not ours! There are a few examples, and we’re just choosing to create our ship based on this model.

With our chosen wood pieces….

We work together quite well while building our model viking ship!

It’s coming along quite nice!

We have now seen at least 3 rotations of children creating their own ships.

It may be possible that we’re the only adults actually creating a ship!!! 😜

When all is said and done, we’re actually very impressed with our result!

It just happens to be the perfect size for Scoops to sail!

We spent a little too long building our ship and have to cruise through the rest of the seaport village.

It’s a pretty neat reconstruction of how a historic shipyard looks.

While the village is a recreation, the buildings are not.
They are actual trade shops and businesses from the 1800’s!

They were transported from all across New England to this museum. This is similar to how they constructed the West Virginia Coal Camp we visited!

Docked around the village are several other ships.

Some of the ships around the grounds perform demonstrations throughout the day.

As we walk through the village, we make our way to an actual working shipyard.

It is here that you can witness the building and preservation of ships.

Unfortunately, there is no one working on the machinery as we pass.

While walking through the property, we learn that they have a very special ship that they are currently working to restore.

We see the wood nicely laid out below.

It’s taken them several years, but they’re hoping to have it completed for the 400th anniversary of the Pilgrim’s arrival in 1620.

You may be asking, what’s the story with the first Mayflower?….

Well, after an assessment of her worth in 1624, she disappeared!

An Englishman by the name of Warwich Charlton wanted to commemorate the ties of England and America with a gift.

This gift being the Mayflower II.

Built from the donations of the English people, he was able to complete the project and ship it to America in 1957.

It’s impressive to see firsthand the reconstruction work on such an important ship.

Looks like they still have a little work to complete.

You can easily spend a couple days to get the whole experience at this marvelous museum.

We only had several hours, but enjoyed every minute of it!