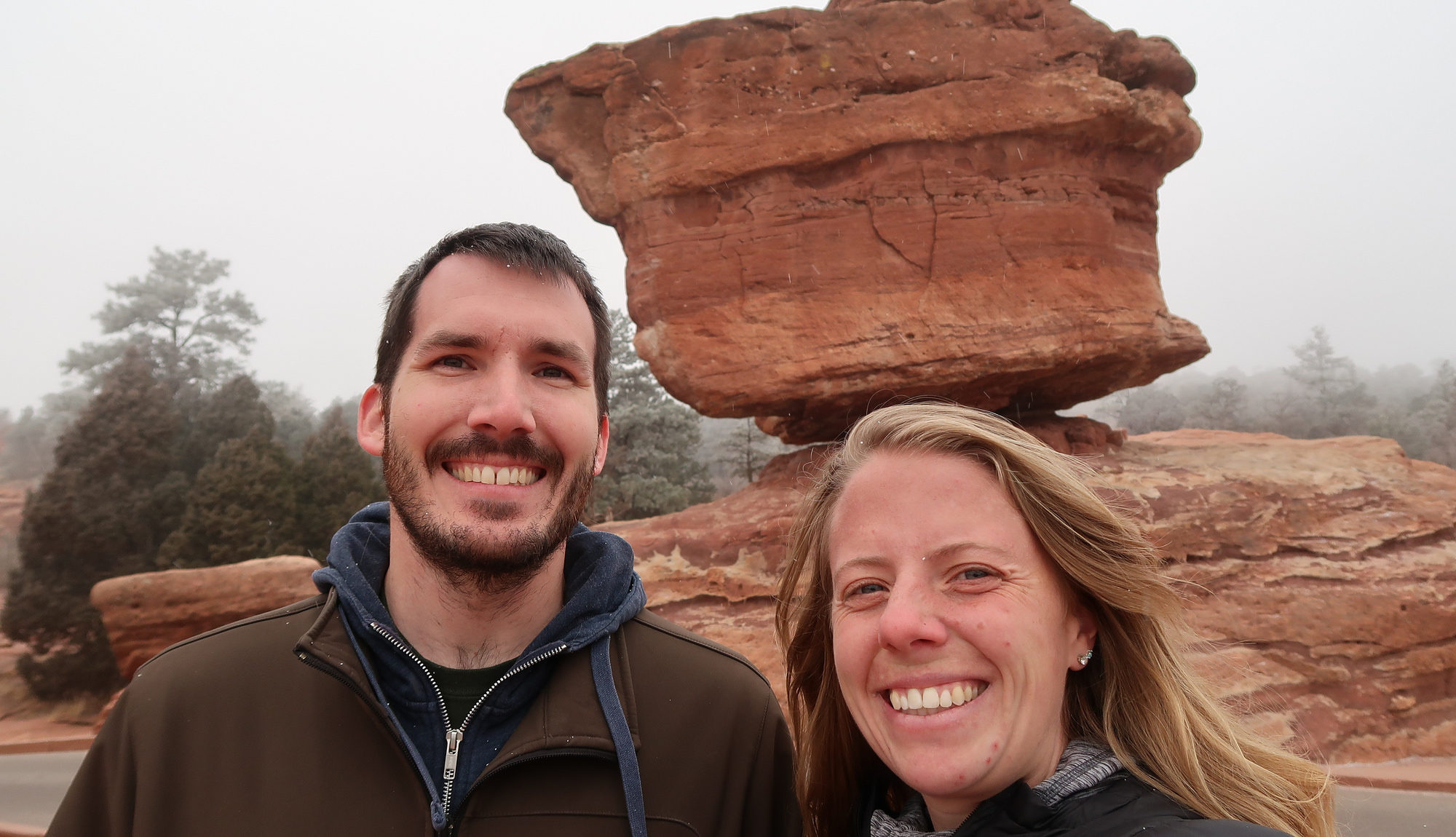 Specifically, Garden Springs!
And the weather is…. TERRIBLE!

But that’s okay… We’re still going to push through our plans to keep on schedule, and first up is the World’s Largest Beetle!!

Alright… I guess it is just a beetle on the side of the road, and it’s cold… so we’ll continue on.

Garden of The Gods

We think there’s supposed to be something there…

At least the visitor center is nice!

Being literally the only ones in here, the friendly park volunteers chat with us and share that the balancing rock may have decent visibility.

The drive into the park looks pretty grim…

Just as we reach the rock, the fog clears!!… a little bit.

There’s no one holding the rock!!

Quick! Before it falls!!