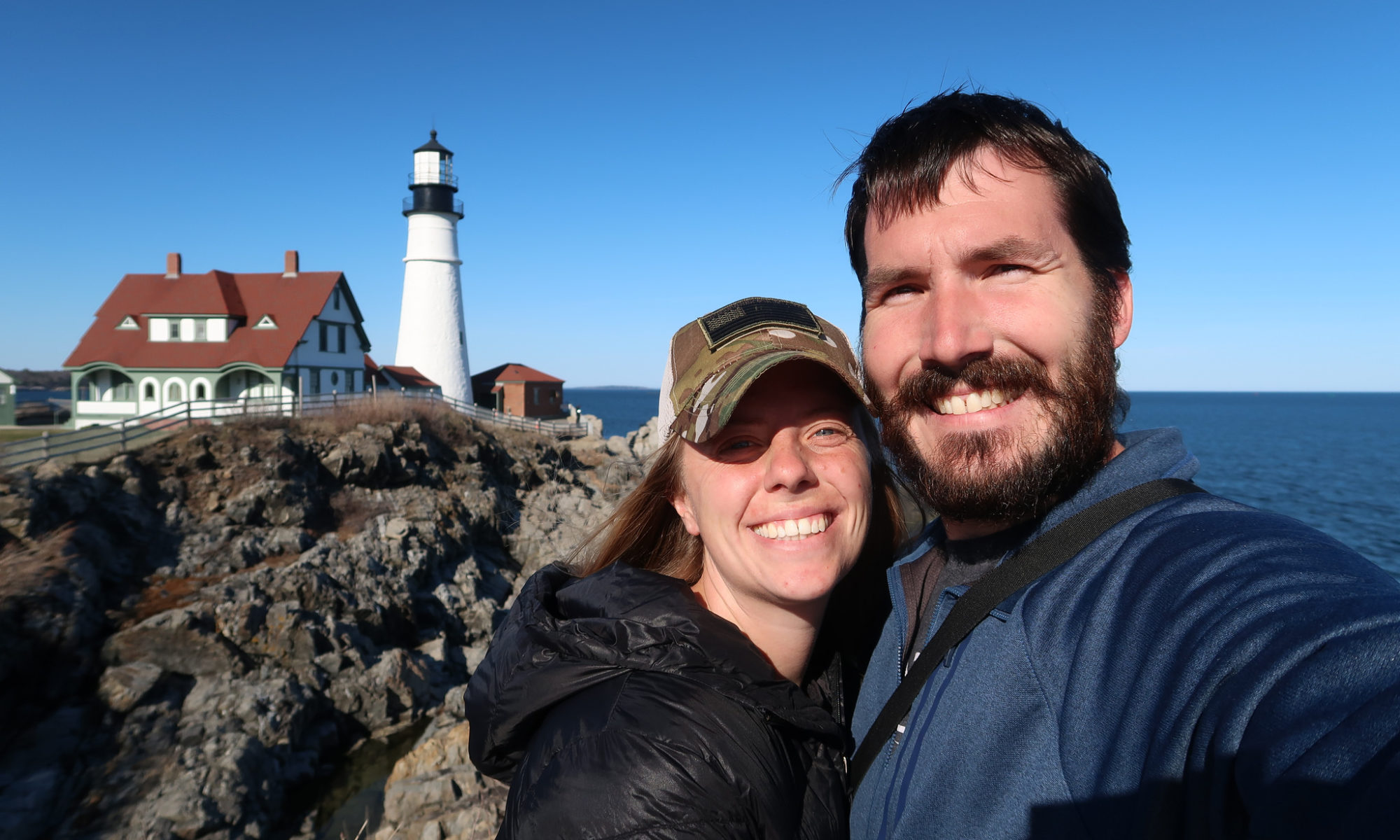 We’re not in Oregon, we’re in Cape Elizabeth, Maine; at the Portland Head Light!

Even with all the technologies provided in ships, lighthouses still play an important role in their safety while travelling coastal waters.

Continuing down the driveway we reach…

We’re immediately greeted with the awesome views of the cliffs surrounding the Portland Head Lighthouse.

One particular rock memorializes the shipwreck of the Annie C. Maguire.

It’s Christmas Eve and Captain Daniel O’Niel, along with his wife, 12 year old son, two mates, and 13 crewmen are stuck in a terrible storm.

Joshua Strout, the lighthouse keeper is given word to watch for the lost ship. As he’s keeping watch, he see the vessel smashing into the nearby rocks.

Miraculously, no one is killed or even injured!
Everyone from the ship is taken into the Lighthouse and fed turkey pie! Three days later they’re departing for their home.

Commissioned by George Washington in 1700, the Portland Head Light stands as a symbol of the “proud people weathering the challenges of nature and time”.

Looking out from the front of the lighthouse, we can see boats safely passing through.

There’s even a lighthouse further out in the bay to warn of hidden rocks.

We just cannot get enough of the lovely views.

…and of course the lighthouse.

After walking around the lighthouse, we decide to take one of its paths to get a more distant view.

It’s not long before we’re a good distance away for some stunning pictures.

We decide to climb down to the beach to get a perspective from there as well.

I guess stacking rocks on rocks is a popular thing to do around here.

No matter which angle we see the lighthouse, it’s still so beautiful.

We’re loving all the rocks surrounding the area.

Tommy even climbs up to get a closer view.

Too bad we don’t have enough room in the van for this guy!

We each take turns getting the photo that we think is best for the lighthouse.

We take one more minute to catch the light shine toward us from the top of the lighthouse.