Who would have known that there was another “Las Vegas” right on the beach? Atlantic City is the first boardwalk created in the U.S., back in the 1800’s.

It’s a rainy day today, so there is not a lot happening on this mile long boardwalk. From the looks of it, it seems to be a real happening place on the weekend and during the summer months. We can only imagine the things that take place at this city that is “always turned on”.

Having never heard much of Atlantic City, we are excited to check out this hidden gem (hidden to us west-coasters anyway!).

Due to construction, it’s quite difficult to find access to the beach.

But we finally find an opening!

Time to walk around the desolate beach 😀

It’s a little chilly, but that doesn’t stop us from shell collecting along the rolling waves. 🌊

We find a few with hermit crabs hiding out. Those shells we’ll leave for the seagulls to gobble up.

After collecting some shells we decide to walk under a portion of the boardwalk.

The waves look pretty neat from under here…. hopefully we don’t get stabbed by anyone!

After spending some time out in the wind, we decide it’s time to head on in and check out some of the local casinos.

It sure is pretty empty inside…

We’re not sure how we did it, but we actually resist purchasing this yummy looking ice-cream.

Looking at the views of the ocean is pretty enjoyable in the temperature controlled casinos.

There are even lawn chairs with fake sand to provide a full experience…. without the chilling wind!

This place has so much history and neat attractions.

It used to be home to the diving horse, which was a horse that would jump with a rider 40 ft into a shallow 12 ft pool! 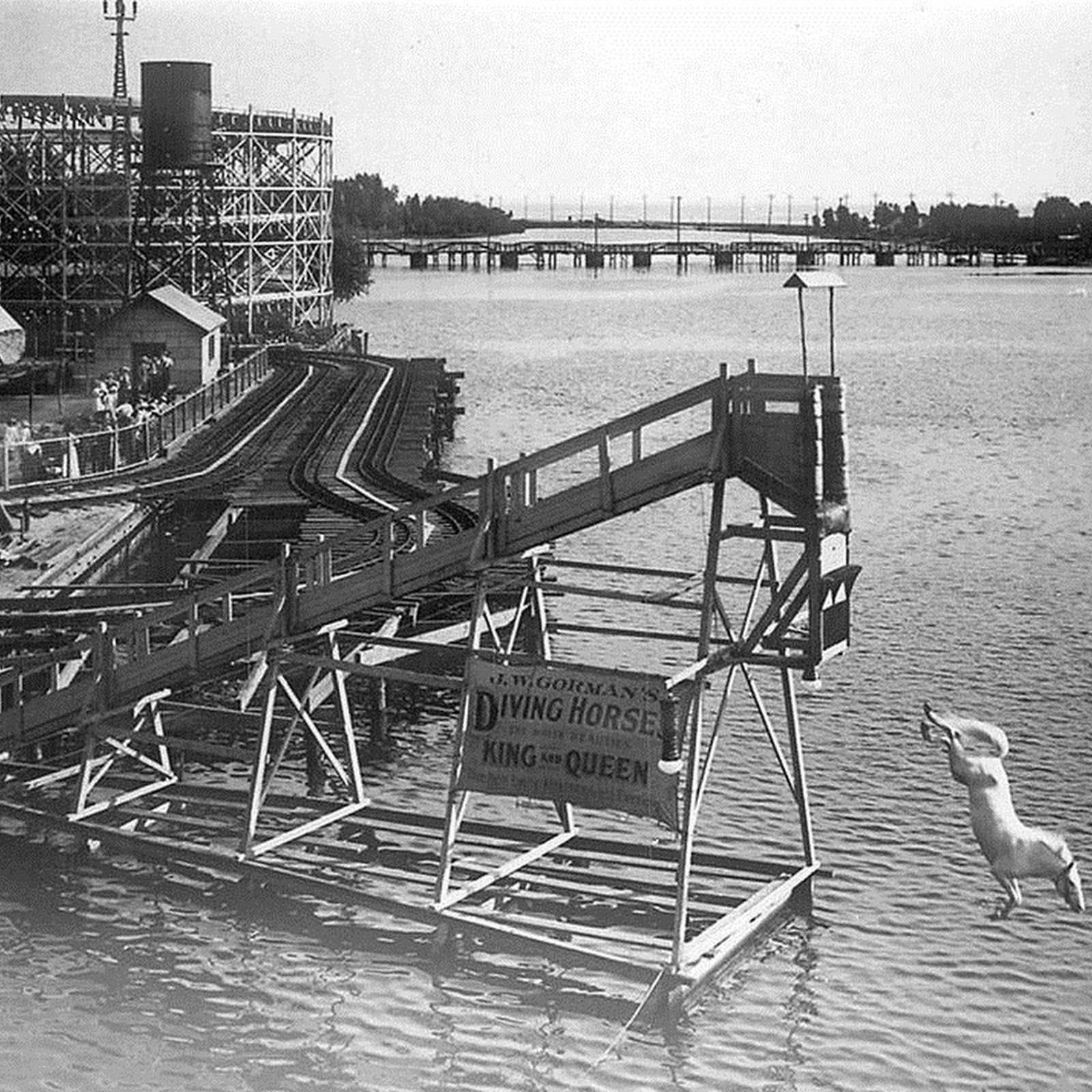 As you can imagine… it’s quite dangerous.

Featured in the movie Wild Hearts Can’t Be Broken, one rider is blinded after hitting the water with her eyes open. Yikes!

If you’ve ever played the original Monopoly, you should know that the properties are all named after old Atlantic City streets.
Some of them no longer exist or have been changed since the creation of the original game.

We were not able to enjoy the full experience of Atlantic City in this visit because of the season, so It’s definitely a stop we will have to make in the future.