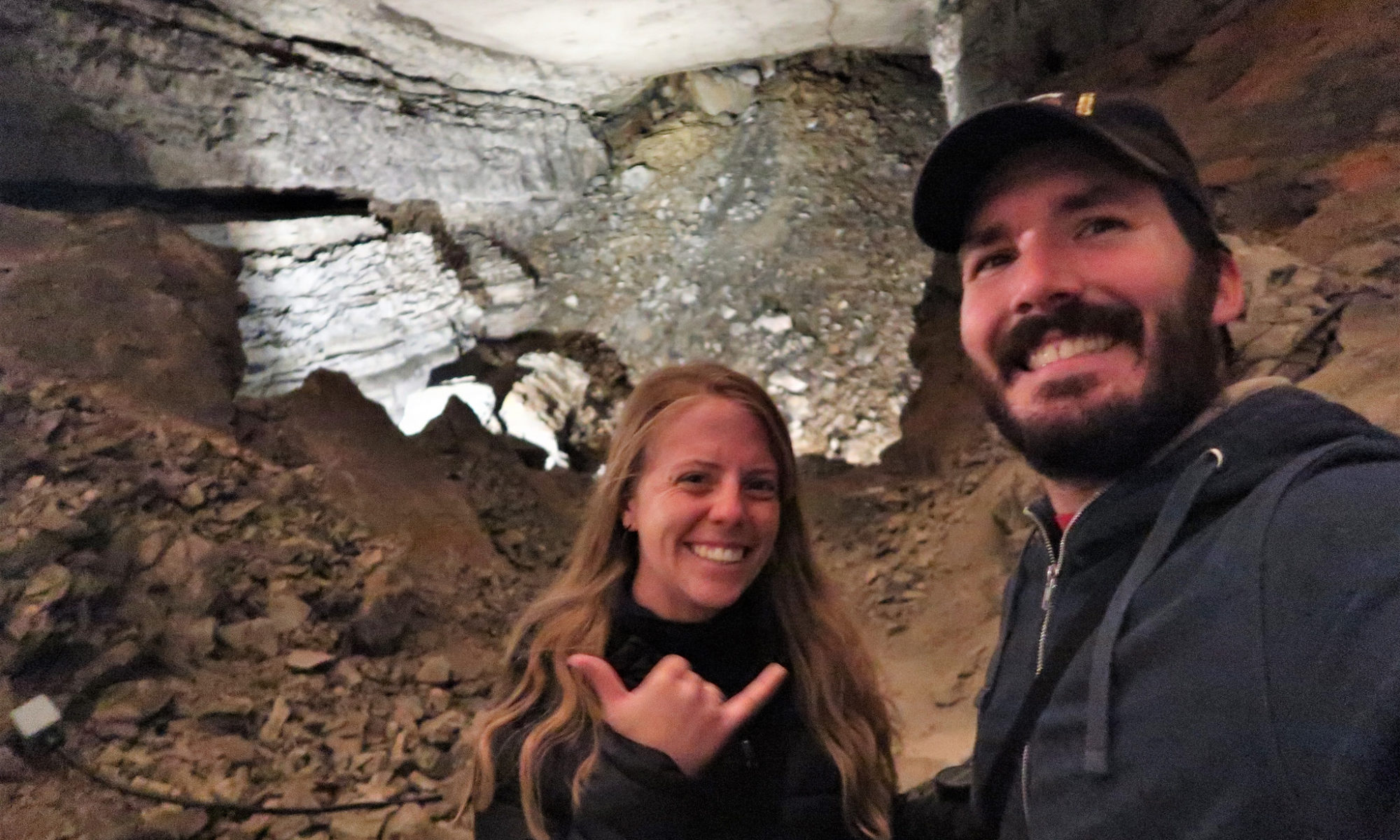 We’ve been above ground for far too long. Time to head underground into a “Grand, Gloomy, and Peculiar place”, as the website puts it.

Time to test our cave dwelling experience and visit the world’s largest known cave system at Mammoth Caves National Park. With over 400 miles of explored caves, we are excited for the opportunity to become mole like adventurers.

It’s been a while since we have been in a cave, but we’re pretty excited for the possibility to see some bats that live throughout the Mammoth Caves!

Entering the Visitor’s Center, we see ALL the tickets for the cave tours have been sold out!

Our only option is to purchase the self guided tour.

With a map as our guide, we hit the trail leading to the cave entrance.

Before entering the caves, we are greeted with a lovely waterfall sprinkling the stairs leading into the caves.

It takes a moment for our eyes to adjust, but we’re immediately delighted by the views and lighting beyond the entrance.

The path leads us 140 ft below the surface into the Rotunda.

This is the one of the largest rooms in the cave system here at the Mammoth Caves.

We venture further into the caves to see what else there is to see.

Here we see some of the mining equipment left over from long ago.

Continuing down the paved path, it’s exciting to actually see the formations of rock shown to us in the photos on the map and in the Visitor’s Center.

We don’t have much time until closing, so we’re hoping if we walk fast enough we can see some of the famed formations.

It isn’t until we reach this “formation”……

That we realize it’s actually the end of the road for the self guided tour. 😟

Disappointed in the small amount of cave they allow you to see on the self guided tours, we make our way back out toward the entrance.

No rocking formations for us today….

We exit the same way we came in.

At least the waterfall is just as exciting to see the second time as it was the first.

Maybe next time we’ll be able to get on some of the guided tours deeper into the cave.

There’s so much more left to explore in this cave!!!!