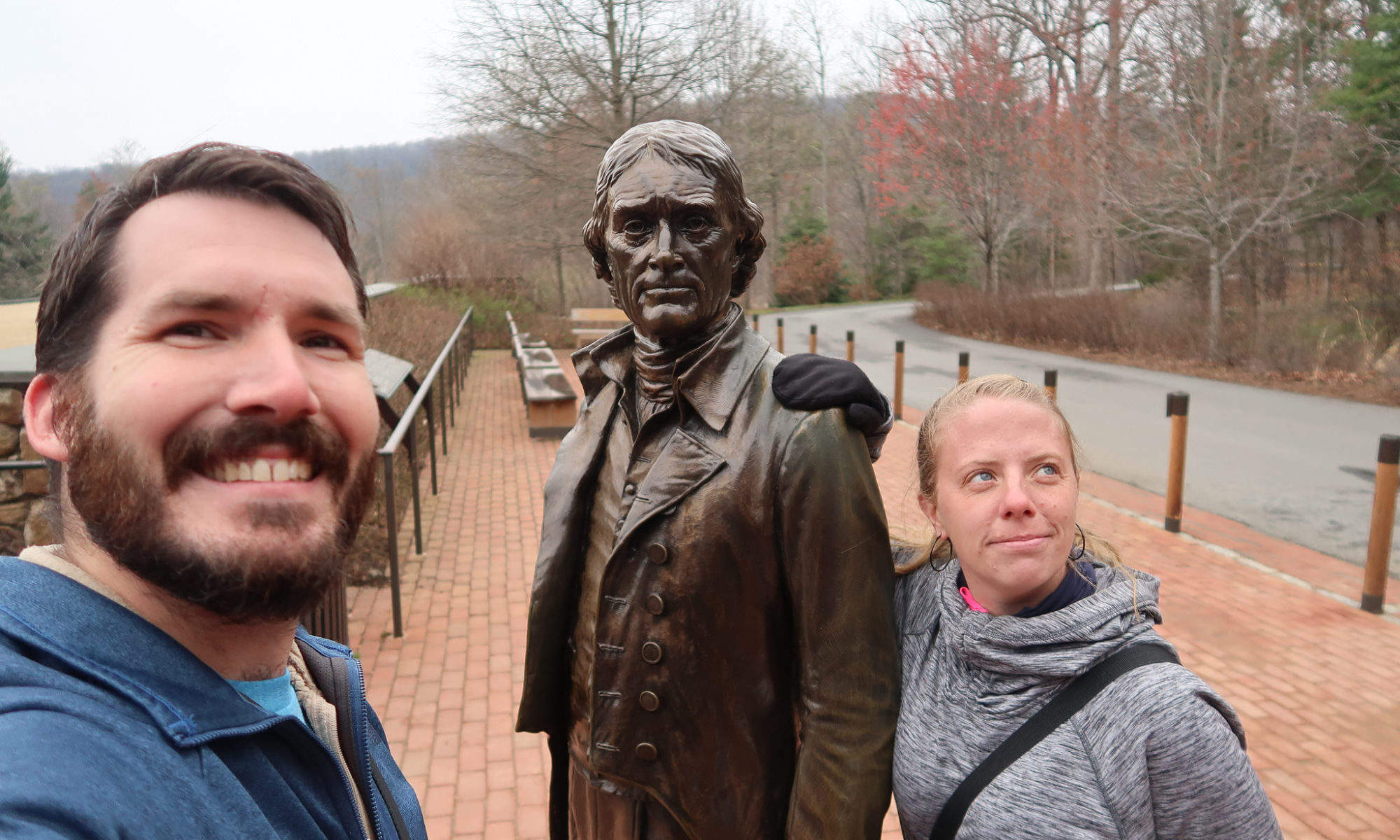 The primary plantation of Thomas Jefferson, Monticello is a fascinating visit for anyone intrigued by the man.

This location has the distinction as the only home of a United States president designated by the United Nations as a World Heritage Site.

Arriving At The Property

One nice perk we learn as we arrive is that they offer free entry for military! YAY!

Quickly after getting our tickets, we’re ready to roll and head for the bus taking us to the residence.

Arriving at the front of the property

We’re ready to begin our tour!

Of course, there’s no photography allowed inside the home.

Fortunately for you, the fine folks operating this site created a free virtual tour of the inside of the home!

We encourage you to look around and click on some of the items for more information. Thomas Jefferson is a very impressive man and deserves to be recognized and studied.

He did of course have a major role in the founding of our magnificent country and his ideas have forever changed the world.

Touring Around The Home

They do however allow us to take photos in the basement

and from the basement we can glimpse into a couple aspects of the house.

Below the dining room and along the fireplace is a small system of pulleys. It’s purpose? To raise wine from the cellar!

It’s difficult to tell with the plastic tube in the way, however saturdays at the Jefferson home are always in the basement.

What we mean by this is: Inside the entry room is a clock designed by Jefferson himself. Not only does it display hours, minutes, and seconds; it displays the day of the week!

Weighted balls power the clock, and as the lower the day of the week is indicated. The design did have one flaw however, the length required to display saturday didn’t fit in the home.

So his solution? To cut holes in the floor and put saturday in the basement!

This can all be seen in the virtual home tour. Did we mention you should check it out?

we walk the primary road of the plantation

After the tour, it’s time to head back to the visitor center.
But first!

Buried on site are the remains of Thomas Jefferson.

His tombstone reads exactly according to his instruction: three things in a specific order.

Back A The Visitor Center

Is it our fault that we’re always drawn to the children centers?
Relaxing in Jefferson’s chair, we play some ball-cup game and end our day.